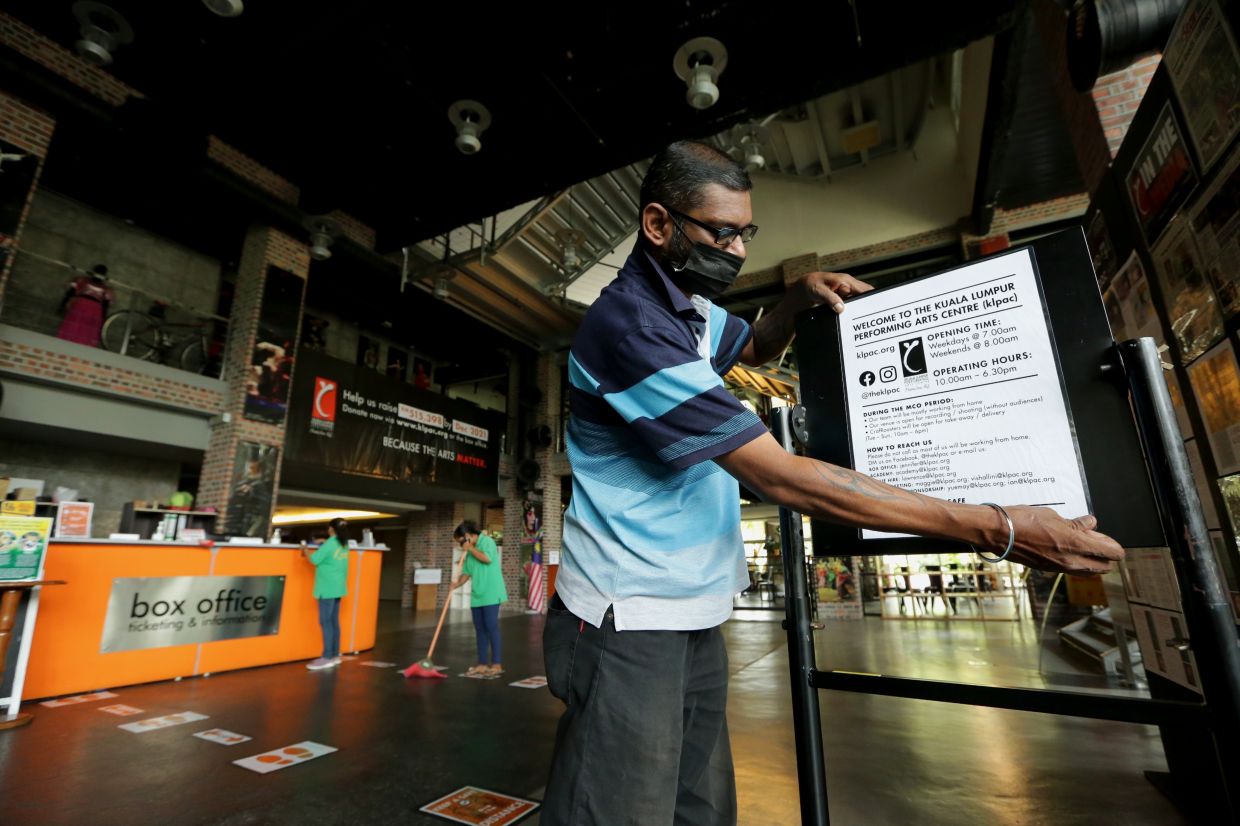 Theatre and performing arts venues nationwide can welcome an audience now. But there is no scramble to roll out theatre shows. The general mood for this reopening (the third for the arts sector since the pandemic hit Malaysia last March) is relief to be able to get back to work, but to also exercise caution when it comes live performances even with a reduced audience capacity.

After four months in the dark, the Kuala Lumpur Performing Arts Centre (KLPac) staff members finally made their way back to the venue a few days ago. Despite looking forward to picking up the pieces and resuming its live programme soon, KLPac management is being patient and will continue to assess its recovery strategy, which includes feedback from a public survey gathered from its online database. The venue will take a few additional weeks to fine-tune its reopening.

“Allowing us to reopen is the best lifeline that can be offered at this stage as no amount of funding can plug our daily loss and many freelancers have been out of work for more than a year,” says Ang Yue May, KLPac’s head of marketing communications.

Despite the good news where all theatre events, shows or live performances can welcome back a fully vaccinated live audience, subject to a 50% audience capacity limit, there are still issues within the arts and culture sector that need to be sorted out.

Theatre shows and programmes, now a considerable backlog, will have to be reshuffled, and postponed shows given new dates. Each theatre venue will have its own set of reopening challenges ahead.

KLPac is planning to reopen its doors to the public soonest at the end of September or early October.

The target is small-scale theatre shows (no more than 10 people in cast) such as Life Sdn Bhd: Differences, Experiencing Usman Awang and Pragina: Emosi. The shows will be staged at the Pentas 2 hall. At press time, 85% of KLPac’s staff are fully vaccinated, with the venue implementing a vaccination mandate. Ang says the reduced seating capacity would not be an issue.

“Though financially challenging with a 50% loss, safety comes first. This will also be our third reopening. We ran 13 SOP-compliant productions with 64 performances during the pandemic with no clusters recorded so it is not foreign to us.

“When we conducted a patron survey in July to gauge feedback on our SOP measures in preparation for our reopening, the feedback was very positive. 92% said they are willing to return to KLPac and 83% said they felt very safe when they attended shows at KLPac during the pandemic,” reveals Ang.

In the long run, Ang adds that ensuring a safe environment and minimising risks is of utmost priority to ensure theatre and performing arts venues nationwide can regain the public’s confidence and support.

“I think everyone knows KLPac’s no-nonsense approach when it comes to our SOP measures. It’s a company-wide and holistic approach encompassing people, process and infrastructure particularly sufficient training, clear multi-channel communication plan and constant checks. Our senior management is on the ground too to manage crowd flow and to constantly think of ways to improve,” she says.

“This is a great opportunity for us to start working with our programme partners and the performing arts industry players to put on live shows as soon as possible. We know that most of the industry has been eagerly preparing and waiting for this moment,” offers Kwan.

PJPac was used as a vaccination centre (from July 27-Sept 7) for retail tenants and mall frontliners. The arts venue’s staff also helped to manage the space during this vaccination drive.

The various movement control orders (MCO) had already caused a delay to PJPac’s grand opening. It also disrupted some of its soft launch programmes back in May.

But Kwan says a patient and careful approach will be used to introduce the public to this new venue. A series of visual art and photography exhibitions are being planned for the third week of September and some live events by October.

“It’s a step in the right direction, and we will monitor the reopening with all the public health guidelines in place,” says Kwan.

Kelvin Wong, founder of theatre collective Theatresauce, is cautiously optimistic about the announcement.

“With the vaccination rollout and Covid numbers going down, we hope we’re now able to operate smoothly into the future.

“Assurances from the government, that they’re committed to supporting the creative industries, is nice, but let’s continue to see these in action – clearly, efficiently, and equitably,” says Wong.

Theatresauce’s 2021 season was supposed to start in March but it has since been moved to early next year, with five projects lined up every month between February and May 2022. PJPac is gearing up to restart its live programme after four months of being closed. Photo: The Star/Yap Chee Hong

“Public confidence in attending live, communal events has dwindled significantly this year, so it’ll take some time to regain that confidence back.

“Every stakeholder has a role to play and this is a restart. We look forward to seating capacities increasing over time – sooner than later,” adds Wong.

While the news garnered positive responses from practitioners, it also drew some criticism.

“We are very happy that the government has increased the audience capacity for live performances by up to 50%.

“But this will still be a big loss. As it is, due to high production cost and low ticket pricing, it’s very challenging for a company to make any profit even if 80% seating capacity is filled,” Woon Fook Sen, the Damansara Performing Arts Centre’s (DPAC) theatre operation manager, points out.

Currently, DPAC is set to reopen in mid-November with dance performance Creature Trilogy.

“And over the last two years, many practitioners, companies and venues saw their finances drained and will require assistance before they can stage shows again,” she adds.

At the end of September, the Five Arts Centre will vacate its longstanding Kotak venue/arts space in TTDI, Kuala Lumpur.

“Operating at 50% capacity without additional support funding from the government will make it financially impossible for many. Matching grants would help the sector bounce back,” offers Tan Cher Kian, Instant Cafe Theatre’s producer.

“We are glad that now the industry is allowed to operate. However we would like to see whether our audience will go back to theatre when numbers are still high and the measures and SOPs are not scientifically supported.

“The safety of our fellow practitioners and audience is of paramount importance to us,” Tan concludes. 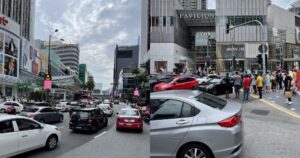